Come and see what the interior of a typical mechanical workshop looked like in the 1920s.

The 1920s Garage is a faithful reproduction of Maerschel’s Garage, which operated in Birdwood until the 1980s. Originally running as a wheelwright and coachbuilding business, Maerschel’s was a typical country garage, selling cars and motorcycles – it was South Australia’s first Ford dealership outside of metropolitan Adelaide – as well as providing maintenance and repair services and selling fuel and accessories.

The exhibition, created in the 1990s by a team of National Motor Museum volunteers, includes most of the tools and equipment that were found in early Twentieth century garages: a lathe, a drill press, a stationary engine used to drive overhead belts and pulleys, and various hand tools, as well as an early fuel pump.

There are also some of the vehicles that Maerschel’s Garage would have sold: a Ford Model T, a Nash, a Studebaker and a small collection of 1920s motorcycles. 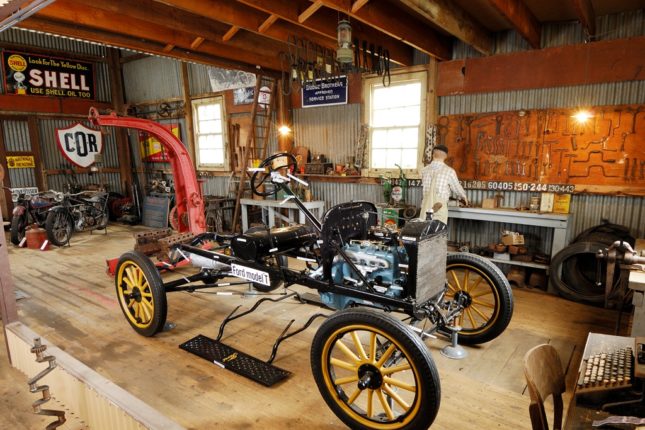 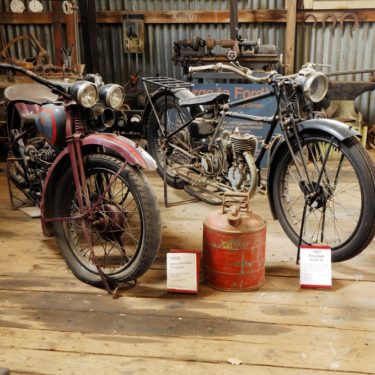 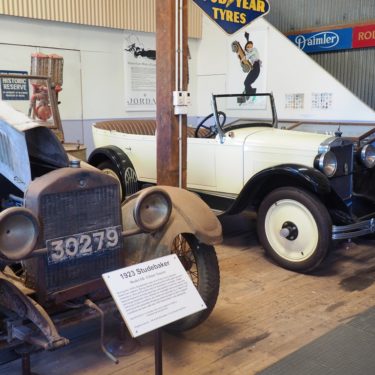