The only custom racing car wholly designed and built in Australia.

The Chamberlain 8 is an Australian Special race car built by brothers Bob and Bill Chamberlain.

The first version was constructed by Bob and his friend Eric Price in 1929. The original Chamberlain featured a chassis and body designed and built by the pair with an Indian Daytona motorcycle engine. From 1930 the Chamberlain competed in numerous races, including the Australian Grand Prix in 1931, 1932 and 1933, attracting widespread recognition for its speed and ingenuity.

In the mid-1930s Bill Chamberlain decided to improve the car by designing and building his own engine, which became the car’s most distinctive feature. He created a water-cooled, vertical, in-line, four-cylinder-two-stroke engine with eight pistons – two per cylinder. The Chamberlain engine was very fast, but very temperamental. The car broke a number of records, but often ran only for short periods before misfiring and breaking down. Its long racing career was characterised by a number of successes and failures and by constant modifications in the Chamberlain brothers’ endless quest for perfection.

THE CHAMBERLAIN 8 IS ON DISPLAY AT THE NATIONAL MOTOR MUSEUM 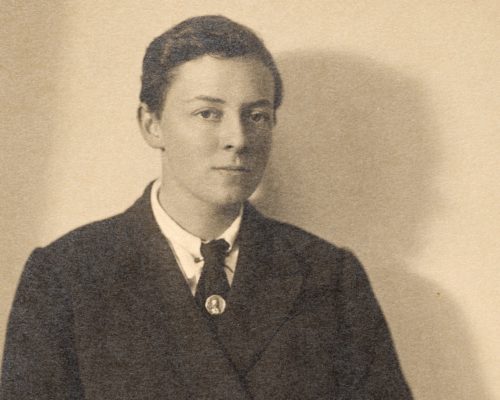